2021 NZL National Championship held at Taipa Sailing Club
Fantastic conditions in Doubtless Bay with relentless sea breeze in sub-tropical azure blue waters. Taipa Sailing Club nailed it with a spectacular event, world class race management and superb hospitality. A tightly fought contest with Paul Snow-Hansen coming out ahead of Mark OBrien. Paul is our current Olympic nomination for the 470 Class for the covid delayed Japan Olympics. Mark is a multiple National Champ in the 3.7 Class. Paul came close at the previous Nationals at Maraetai and won a nice starting watch care of Ronstan event sponsors Mainstay Marine who supplied a marvellous array of prizes right through the fleet. Close to them was Derek Snow defending National Champ and Derek Scott another multiple National Champ. One of our best fields ever. Conditions were testing for sailors with lots of shifts, 15 knot+ breezes and lumpy conditions. For a relatively far away venue it was great to get 21 entrants and now in our 50th year as a national class too. Special thanks to Roger Hall and Kim Admore and their teams for organising such a smooth regatta.
Derek Snow won the Veterans Cup, first Grand Veteran medal, third place and scooped the Grand Prix trophy (arguably the nicest trophy which is for the NI traveller series).
Oliver Boyd won the U21 trophy followed by Thomas Fewtrell 2nd, their boat handling skills augur well for the future.
1st on Handicap and winner of the John Kennett Trophy was Gavin Auld who had an exceptional regatta. Second was Grant Powell and 3rd (second equal with countback) was David Norman.
First Lady was Silvana Nieto, also winner of Can of the Contest for her end over end capsize at the top mark resulting in a lost cell phone.​
​Thanks to Northland Sailing Academy for all the photographs taken.
Notice of Race
​
Sailing Instructions 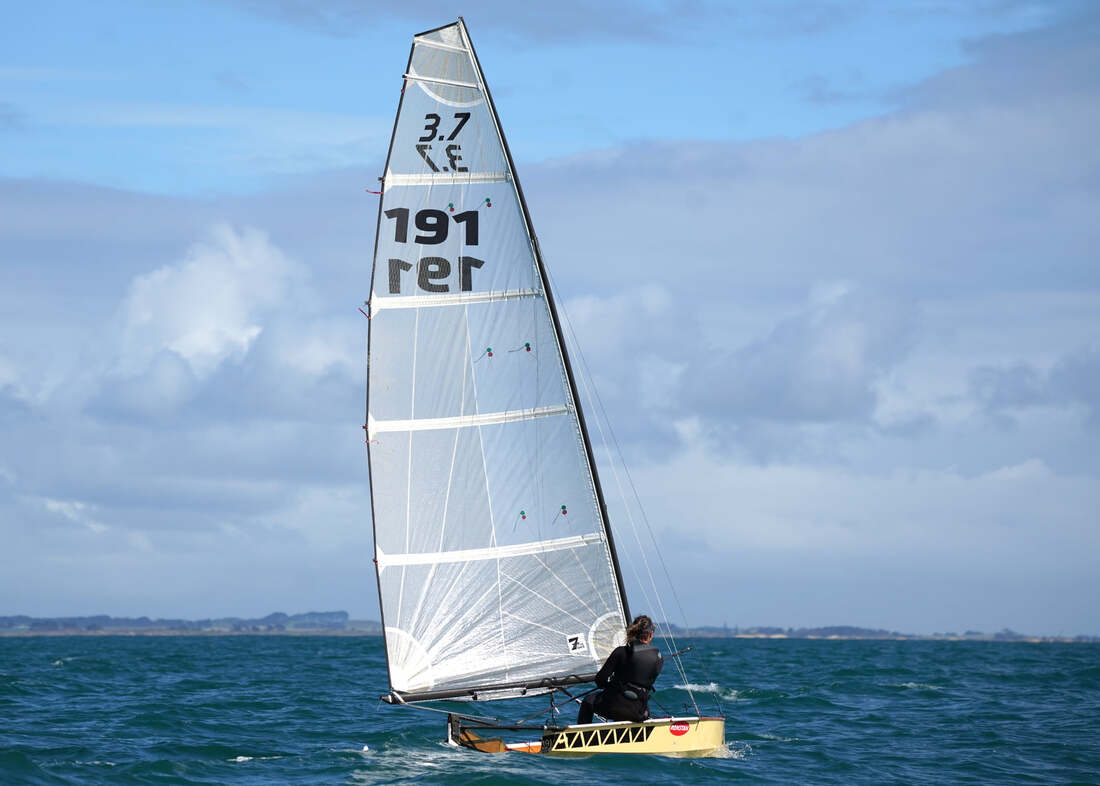