Also some notes from Chris:
Youngest Sailor Jackson 13yrs, oldest John Elliott 75 yrs.
The U21 category had 4 sailors and the Great Grand Veteran category had 3.
A fantastic contribution from FBYC for the continuation of the Class.
If Lincoln hadn’t won Veteran category the only other Vet (45 to 54) was Silvana. 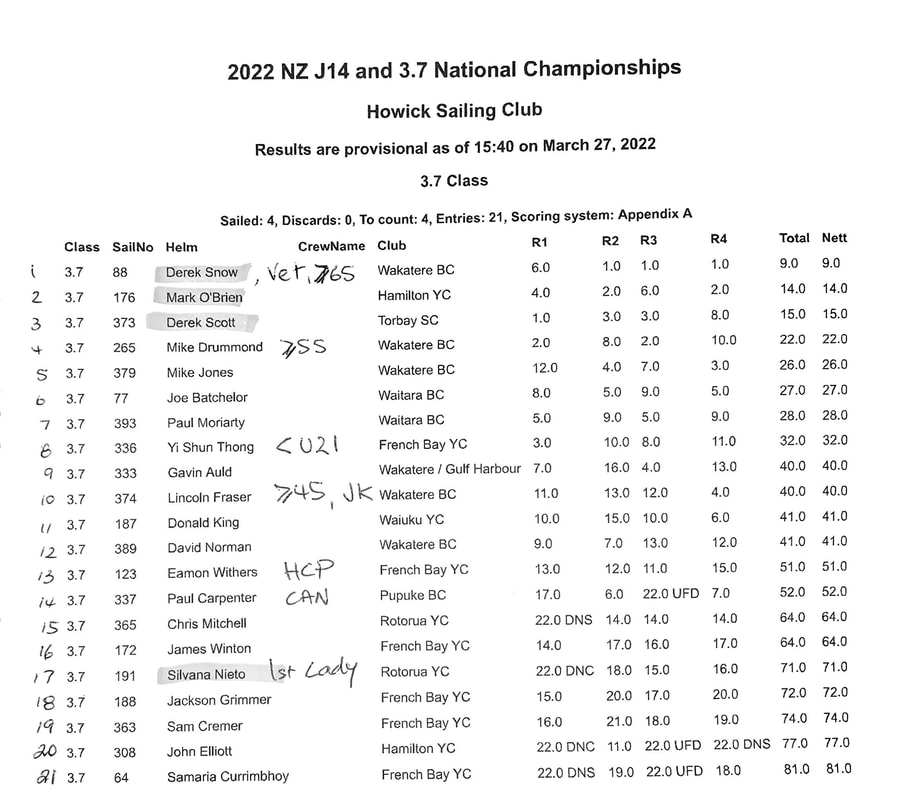